If it Doesn't Feel Right

Bipolar disorder takes a family on a roller coaster of brain-driven moods right along with their child. In addition to the depression, the anxiety and mania, there are other symptoms that raise their fearsome heads and go after our children. Parents of children under the age of 18 are responsible to manage the many aspects of this illness and to help their adolescent move into adulthood with the skills to do this on their own or to have a support team in place for times when this is not possible.
I write this post without offering words of wisdom but rather to simply share a recent episode in our own lives with the hope of building community and perhaps offering encouragement to hang in there when times are tough.
My daughter, Linea, had been relatively stable for the last few years but as the leaves began to turn and our part of the world prepared for winter, depression and anxiety crept back and were soon running over her life. An eating disorder emerged and she began to rapidly lose weight.

ED had stalked her in the past, but it hadn’t received the treatment it deserved. At the time we either weren’t aware of the severity or it retreated before causing us to take too much notice. I think in the midst of her other symptoms it was lost amongst the rapid cycling. Now it was front and center.

Something Wrong
It took a few weeks but it suddenly hit me very hard that something was seriously wrong and needed to be addressed. There was a confrontation and discussion and a plan to seek serious treatment for her. Once again I was into something that I “taught” in my graduate classes but I realized I knew little about the research behind the treatment. She had an evaluation at an eating disorder clinic where she was diagnosed with ED. Seeing the words on paper was shocking. Hearing the statistics on outcomes for people with anorexia was terrifying. We were told that the severity of her illness demanded a partial inpatient 30-day treatment program (at the cost of $30,000.00 minimum). We were frightened and believed that these “experts” knew what was best.

But, I couldn’t sleep. Linea was so exhausted from her illness that she no longer wanted or could make decisions. I spent two days calling her treatment team and anyone else I knew in the field of ED.

Researching Treatments
My research on treatment strongly pointed to “individualized plans” that addressed the specific needs of a patient. Linea didn’t just have an ED, she had bipolar and her own unique temperaments and personality that didn’t seem to fit into the treatment program I observed at the eating disorder clinic. Finally we put together a wrap-around program for her that included her psychiatrist and her psychologist, both providers who she had been seeing for five years and who knew her well, and a nutritionist and additional psychologist, both who specialized in eating disorders. Everyone worked together. Communication was a key component. Her plan included not only therapy twice weekly, but documenting everything she ate and being held accountable for “turning the train around”, as her nutritionist described it. It meant eating lunch and dinner with family or friends every single day for at least two months or until her weight was stable again. This was a huge commitment on everyone’s part but once this plan was made I slept through the night. It felt right.

Although Linea is a young adult, living independently and managing her health care, there are times when help is still needed.

Happy Ending?
I was thankful that she was so open with us and asked me to go with her to doctor appointments and to the initial evaluation. The week of hesitancy and unease about the treatment plan was difficult as I tried to support her but still listen to my own feelings or intuition about the plan. It didn’t feel right and I have to say that it took a lot of courage for me to push back against the “experts” at the eating disorder clinic.

Linea has gained the weight back and, although she is still receiving treatment for the ED, she is once again in control of her illness. From her initial grief and anger about it “coming back” she has new skills, confidence and strength in managing her illness. I, too, was hit hard by the reminder that bipolar is life-long but was once again thankful that we have the resources to provide treatment. I am more committed than ever in the fight to assure everyone has such support.

The Insurance Company
Stay tuned for an update…I am still fighting the insurance company about paying the nutritionist. They initially approved the ED treatment program that included a twice daily meeting with a nutritionist but it was “built into the total cost” and didn’t have a “code”. Our plan changed January 1, 2011, to “three visits to a nutritionist in a life-time; exceptions made for diabetics”. Oh yeah?!?! The American Psychiatric Association states that ED can’t be treated without a nutritionist. I have submitted an appeal that includes letters from her psychiatrist and psychologist. I made sure they knew how much less the plan we put together cost in comparison to the partial in-patient program. I also pointed out to them how much less expensive it was than hospitalization. The appeal has now been moved up to the next level. We shall see….

I suppose I can’t resist a bit of advice. You know your child best. You are the expert. If it doesn’t feel right gather all the strength you can find and do some research and speak up. Share your story with others so that together we can make a difference in the system of care for children with mental illness.

Published on the Child and Adolescent Bipolar Foundation's Blog.
Posted by Cinda at 8:31 AM 3 comments: 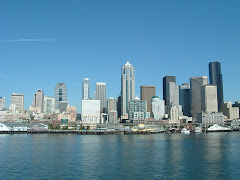 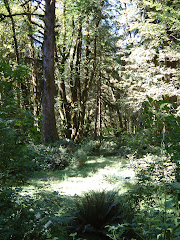